Raving with the babies

I'm a 90's girl. I love my dance music, love my clubs and love nothing better than a good old rave!

I realise I'm now a lady of a certain age and I should have grown out of raving. I've found a good excuse not to though - Baby Rave!

Baby Rave are based in Leeds so not too close to us. Monkey's godmother lives over there though and when I saw pics of her enjoying a rave I knew I had to go.

Our first Baby Rave was for Halloween. We went over to The Square Chapel in Halifax and had a great time. 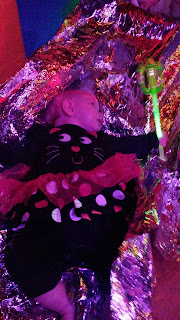 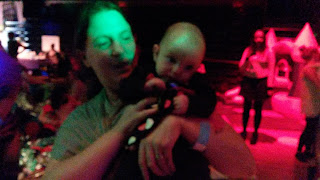 We then went to a huge Christmas rave at Control Nightclub in Leeds. 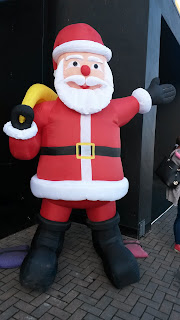 I thought it would be really expensive but it was surprisingly affordable.. What I liked was that it was a set priceprice, much better for me than a price per child. With my scattiness I'd either end up paying for people who weren't there or even worse, people wouldn't be allowed in as I'd not paid for them.

Anyway today was party day - Baby Rave for Monkey's first birthday!! We had 15 kids there in the end aged 9 months to 10 years and they all enjoyed it. 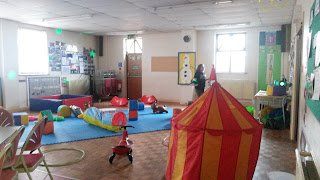 The fantastic people from Baby Rave (I'm useless and can't remember their names) were brilliant and made the whole day stress free. They arrived an hour before the party with LOADS of soft play stuff and set the whole room up. I didn't have to do a thing!!

The first half hour of the party the kids played with all the equipment. There was plenty so no fall outs over whose turn it was even if Monkey did hog this little ride on( 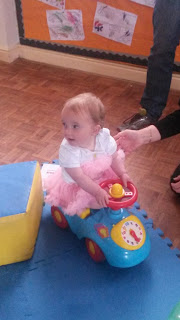 The ball Pool was a big hit. Monkey has seemed a bit unsure of them in the past but she got stuck in with this one. 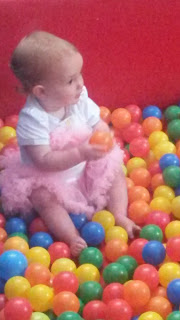 After a but of a play it was time for the main event - ready to rave! Our host was brilliant at getting everyone involved especially as we had quite a wide age range. We started with a few songs then slowly added shakers and pompoms getting louder and louder building up to learning a dance routine. 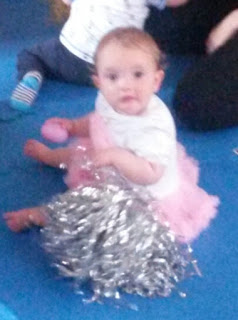 The song and dance session lasted 45 minutes.. Everybody got involved and it was very full on. It was a full work out for those of us whose babies aren't walking yet - and so much more fun than the gym!

At the end of the session there was a story time while I got all the food ready. Pure chance but it was one of my faves from when I was small that I now enjoy reading with Monkey -- The Tiger who came to tea!!!

We then had another half hour for food,  more playing and more dancing.

Monkey's party was great, my favourite rave so far! They're all great though, I would definitely recommend checking out their website and getting yourself to a Baby Rave soon. You won't be disappointed
Posted by Unknown at 20:21:00