Monkey's allergies are looked after by our local children's hospital. We have mainly seen our dietitian but today we met our allergy nurse for the first time.

We've been waiting for this appointment for a long time but we weren't really sure what to expect. We've had appointments in the past (before we were transferred to the children's hospital) where we have waited for ages only to come away feeling disappointed and having more questions than we went in with.

Today wasn't like that at all. We were in with the nurse for almost an hour and a half. I really felt like she listened to everything we had to say. And then she put a plan in place of how we are going to manage Monkey's allergies. 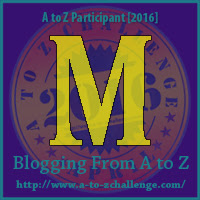 So today M is for management plans. We've been given written plans for allergy and asthma today, detailing exactly what should be done at what stage of a reaction/attack. They're going to be really helpful, not only for me but for anyone else who cares for Monkey. They've given me spare copies to take into nursery.

We've been given new medication. She now has a preventer inhaler as well as her reliver and her piriton has been replaced by cetirizine. We've also got new creams and ointments for her eczema.

We also appear to have got ourselves a new allergy. We've been advised to avoid sesame due to reactions to houmus.

We are going to try some food challenges though. Egg is the one I'm least worried about so we'll be starting the egg ladder at home tomorrow with some free from angel cake. I think she's going to like it - I just hope it likes her!

Her other food challenges are going to be done in hospital, starting with wheat. Apparently we should be seen as a priority case as her diet is so limited. I have no idea when it will be though. It's a scary time and I feel like I'm poisoning her but even if she can just tolerate a tiny amount of well cooked egg or wheat it will make such a big difference to her diet.

We see the nurse again in four months time but she's hopeful we will have been in for our wheat challenge by then.

Once again Monkey has taken this all in her stride and just enjoyed playing with the toys in the hospital. My little girl is amazing! 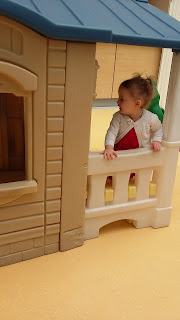