Today was the second of the baby book club that we've formed with some friends. The pressure was on though as we'd managed to get a room at the local children's centre to hold it in. We're hoping to hold it there regularly and maybe open it up to more people. The staff there seem keen but they have all kinds of boxes they have to tick with their managers so we knew they would be coming to see what we got up to.

by Michael Rosen. It's been around for ages, first published in 1989, it's still really popular. The story is all about a family going off together on a bear hunt. Despite the many obstacles they face on the way, they're not scared and eventually find a bear. But what happens then?


We had 7 babies (and one older sister!) at book club today aged between 7 and 15 months. We started by reading the story sitting on cushions then moved on to our activities. The main activity for today was a sensory recreation of the bear hunt.

With being off work for the summer I've completely lost track of my days so book club had completely snuck up on me. Luckily Mummy Hercules had it all under control and our bear hunt was fab. 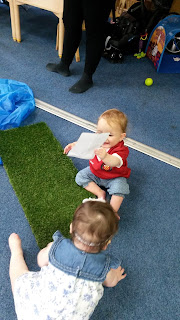 First we crawled through the long wavy grass. Swishy swashy over the mat of artificial grass. 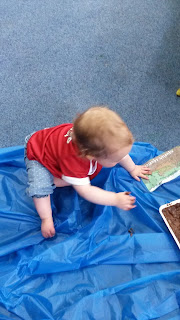 Next came a deep cold river to splash splosh our way through. The babies loved the blue crinkly fabric and it provided great protection for the next part of our hunt. 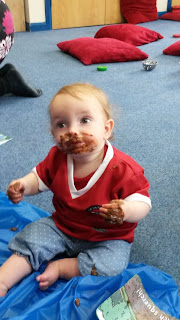 Thick oozy mud. They really did squelch and squerch as this seemed to be the favourite part of the hunt. The mud was chocolate custard made with oat milk. Another great thing about setting up our own group is that Monkey can join in with everything with no stress. Monkey and her friend Little Hercules both have allergies so we make sure everything is safe for them.

Other mums were cleverer than me here and stripped their babies down to their nappies. Monkey saw the food and was straight in there though! I did take her clothes off eventually but it was a bit like shutting the stable door after the horse had bolted. Messy play at it's best! 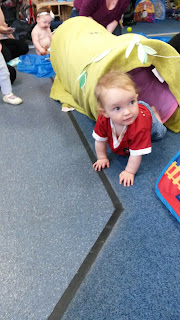 With a LOT of encouragement to leave the mud we entered the big dark forest - stumbling and tripping our way through a tunnel with leaves. 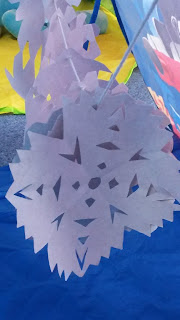 Paper snowflakes dangled in a tunnel made our swirling whirling snowstorm. We crawled through shouting hooo whooo... 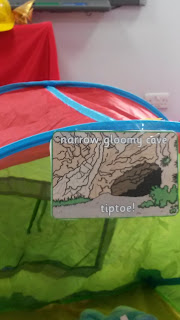 ...then tiptoed into a narrow gloomy cave. 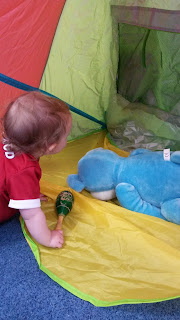 Bear hunting is very exciting but very tiring so after all that we needed a nice relaxing activity. We made bear faces on paper plates then played with some toys.

It was a great book club. The children's centre seem pleased and the manager is going to meet with us. I'm hoping we'll have a permanent room but either way we'll be meeting again in two weeks to read The Very Hungry Caterpillar [Board Book]

. Come back and see what we got up to. 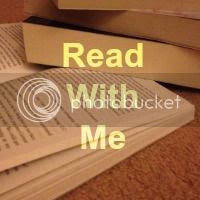