Look in my letterbox #1

We're a bit obsessed with post in the Monkey House.

As a kid I loved Postman Pat and one of my favourite toys was my post office. I used to play with it for hours and wanted to work in a real one when I grew up. I still do! The only problem is I want to run one of those little country post offices that they're shutting down everywhere.

By the age of seven I'd found the perfect hobby to go with my obsession - penpalling! And nearly 30 years later (how did that happen?) I still love it. I have loads of penpals from all over the world.

Monkey has started to share my hobby and has five penpals of her own. Some are the children of my penpals, others we know through my facebook baby group. Obviously at 13 months old Monkey isn't writing a letter but she draws pictures and loves it when I read her letters to her. I'm hoping it's something she'll carry on with as she gets older. 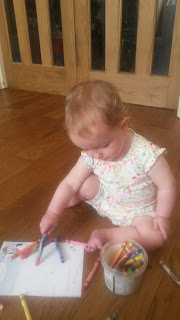 Towards the end of last week I discovered a wonderful linky called Look in my letterbox and I knew I had to join in. Typically that means that this week has been a slow post week but here's what arrived this week.

Monday and Friday were rubbish days with no post. They're very rare at the Monkey House.

On Tuesday two boxes of cereal arrived for Monkey. 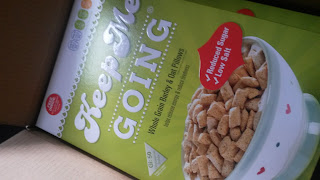 This is a brand new cereal that is completely safe for Monkey to eat. We've been sent a few boxes to try and will be reviewing it here very soon.

I also received a letter from my penpal Elaine on this very cute Guess how much I love you paper. 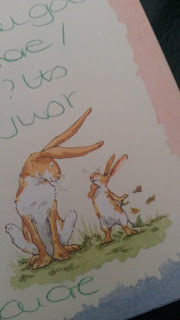 Wednesday and Thursday was the battle if the loyalty cards as I got vouchers from Tesco clubcard and Sainsburys Nectar card. A letter from the Czech Republic also arrived on Thursday.

This morning I had letters from pals in Glasgow and Slovakia. I love seeing all the stamps from different countries. They're so much prettier than ours. 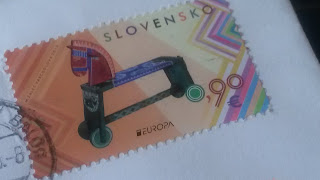 I wonder what the postman will bring next week.
Posted by Unknown at 19:10:00